February 06, 2012
The previously announced gift coupon page for Kanji and Hanzi Recognizer has been renewed and expanded into a full-featured website. It now has dedicated pages for both apps that introduce each app's features, detail requirements and, most importantly, explain how to get and install the app. Direct downloads are now provided, making it easy to install the apps on devices without the Android Market, and in countries where they are not available. Unfortunately, the Android Market treats free apps with the ability to upgrade via an in-app purchase as paid apps, and thus they are unavailable in countries that don't support Market purchases. There are still quite a few unsupported countries, including major app consumers such as Taiwan. The new site should make it easier for people in those countries to find and use the apps. And hopefully decipher some Chinese characters on the go :) Here's how the site looks: 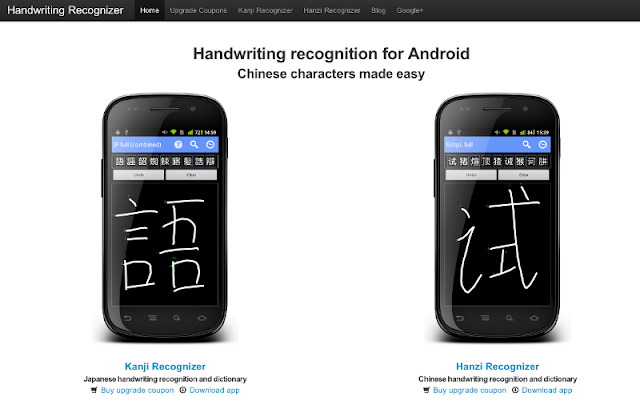 If the design looks familiar, it's because it uses the excellent Bootstrap CSS library. The original coupon page used version 1.4, and was updated to the recently released Bootstrap 2. Other implementation details: it is currently running on Google App Engine, uses jQuery and is free of any Web application frameworks. The site makes use of Bootstrap's supports for responsive design, and while best viewed using a modern desktop browser, will automatically adapt to smaller screens as well.

After this short Web technology refresher, back to Android. Coming up next (probably...), a WWWJDIC update. Stay tuned!
hanzi-recognizer kanji-recognizer 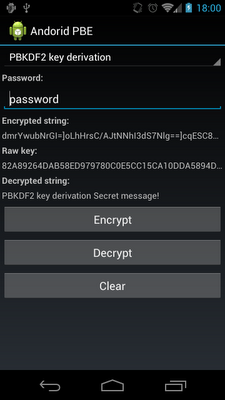